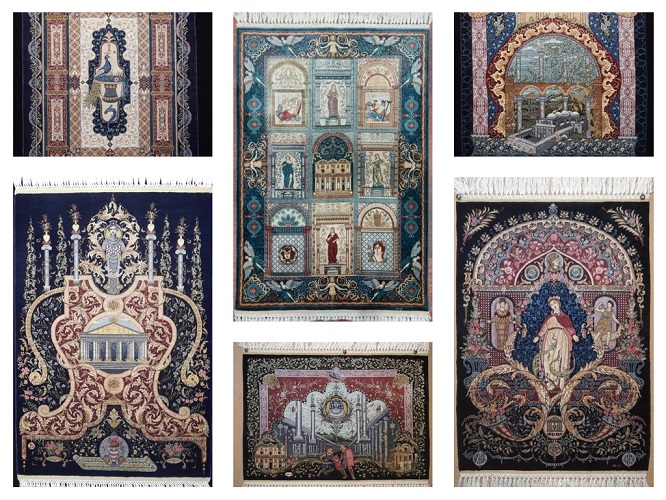 Situated on the western Turkish coast lies the port city of Selçuk, site of the ancient city of Ephesus. Established in the 10th century BCE, Ephesus boasts a diverse history colored by contributions from Classical Greece, the Roman Empire, mythology, and religion. Goth raids and earthquakes damaged the once-bustling center of commerce under Greco-Roman rule, and Ephesus is now home to the beloved relics, ruins, and remnants of traditions celebrated by various cultures over the past 12,000 years.

Ephesus’ rich history has inspired a collection of exceptional silk hand-knotted rugs, interweaving antiquity and intricate beauty in an artful take on the city and its culture. The collection includes six pieces crafted by artisans and steeped in tradition. Each rug has been meticulously designed to reflect historical Ephesian landmarks, effectively passing ancient customs down to future generations through keepsake tapestries. Continue reading to discover the distinctive features of each work of art.

View Library of Celsus in our Collection

This site uses Akismet to reduce spam. Learn how your comment data is processed.